Technologies and Artificial Intelligence in the support of ALS patients 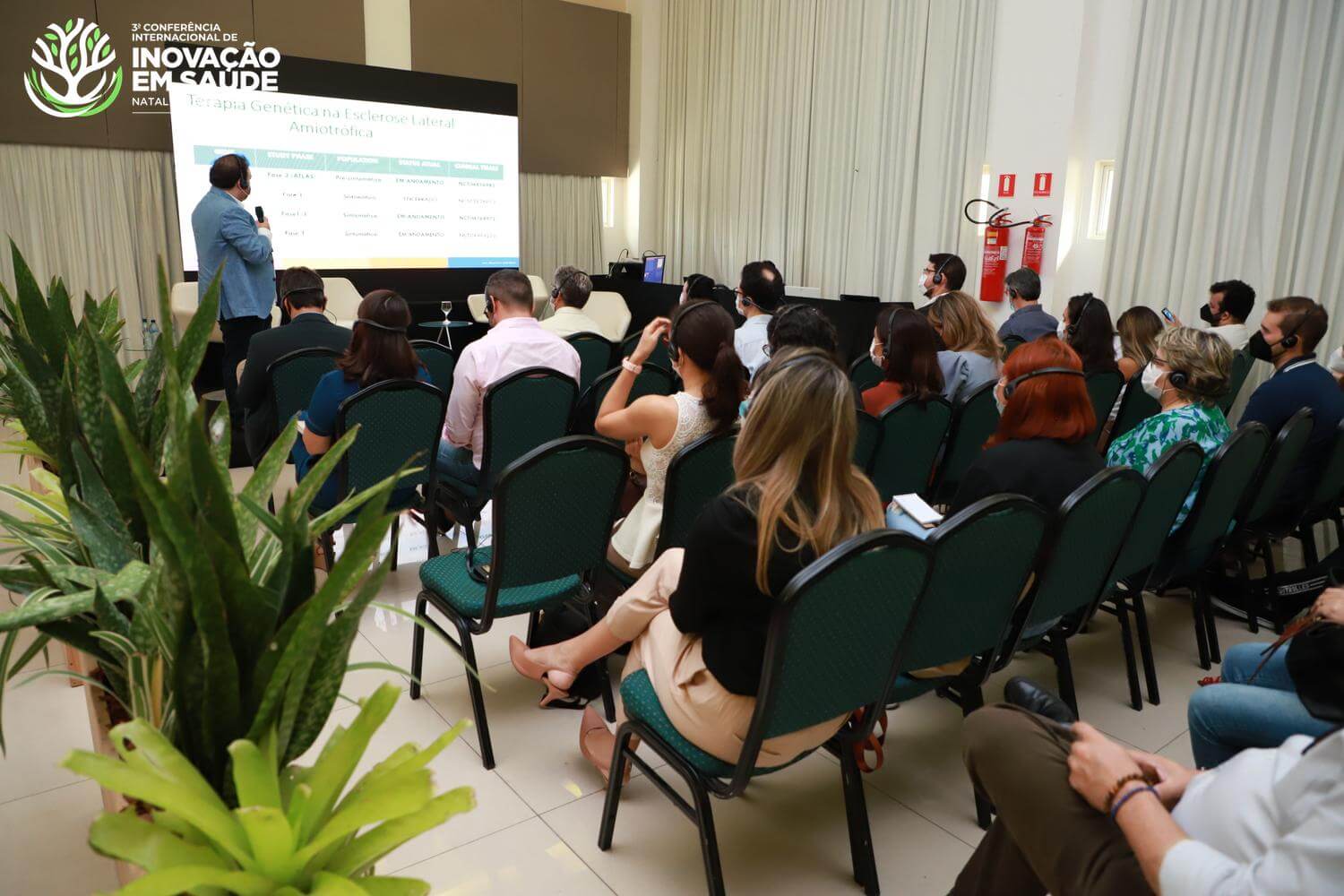 On the morning of the second day of the 3rd International Health Innovation Conference, the panel “Science for ALS” took place. LAIS researchers Daniele Montenegro and Danilo Nagem mediated important lectures, such as “The epidemiology of ALS and the importance of the National Registry of Amyotrophic Lateral Sclerosis”, given by researchers Professor Francisco Gondim/UFC and Dr. Igor Braga/UNIFESP.

The lecture brought attention to the need for mapping patients through the National Registry, to contribute to monitoring the disease and improving patient survival. According to Gondim, “the studies are vital to identify risk factors and new treatments, because we have multiple gaps in the study of the disease. The professor also pointed out that having a national registry will bring important information for the continuity of research with technology as support.

Following the event, another highlight of the panel was the lecture “The creation of the care line in the context of SUS for patients with ALS”, which had the speeches of the neurologist and researcher Mario Emilio, from LAIS, of Diana Carvalho, professor of the State University of Rio Grande do Norte (UERN) and nurse of the State Secretariat of Public Health (SESAP), and of the state deputy Hermano Morais, author of the Law no. 10. 924/2021, which creates a database to assist the development of public policies for patients diagnosed with ALS in Rio Grande do Norte. For nurse Diana Carvalho, the law is an important step towards monitoring rare diseases in the health care networks and applying actions in practice. Mário Emílio presented the scenario of the disease in RN emphasizing the need to know more about ALS throughout the country with the help of science.

LAIS researcher, Daniele Montenegro, opened the speeches that presented artificial intelligence in projects that support the survival of patients with ALS, such as the Autonomus project, developed by LAIS researchers.

Amyotrophic Lateral Sclerosis (ALS)
Amyotrophic lateral sclerosis (ALS) is a disease that affects the nervous system in a degenerative and progressive manner, and causes irreversible motor paralysis. Patients with the disease suffer gradual paralysis and early death as a result of the loss of crucial abilities such as speaking, moving, swallowing, and even breathing.

Since 2009, the Ministry of Health, through the Brazilian Unified Health System (SUS), has offered free assistance and medication, in a comprehensive way, to patients with this disease, based on what is scientifically proven.

revELA Project
The revELA Project emerged as a series of initiatives aimed at developing assistive technologies to improve the quality of life of patients with Amyotrophic Lateral Sclerosis. One of them was the first prototype of what would become the Autonomus system, focused on enabling more autonomy for patients in the various stages of the disease.

The RevELA project is developed through a partnership between the Laboratory for Technological Innovation in Health at the Federal University of Rio Grande do Norte (LAIS/UFRN) and the Ministry of Health, in addition to collaboration with researchers from other institutions in Brazil and around the world.

Autonomus
The project consists of software that uses an ordinary webcam to capture and transform the movement of the eyes into a kind of “mouse”, allowing the person with the disease to communicate with the people around him (caregivers, relatives and friends).