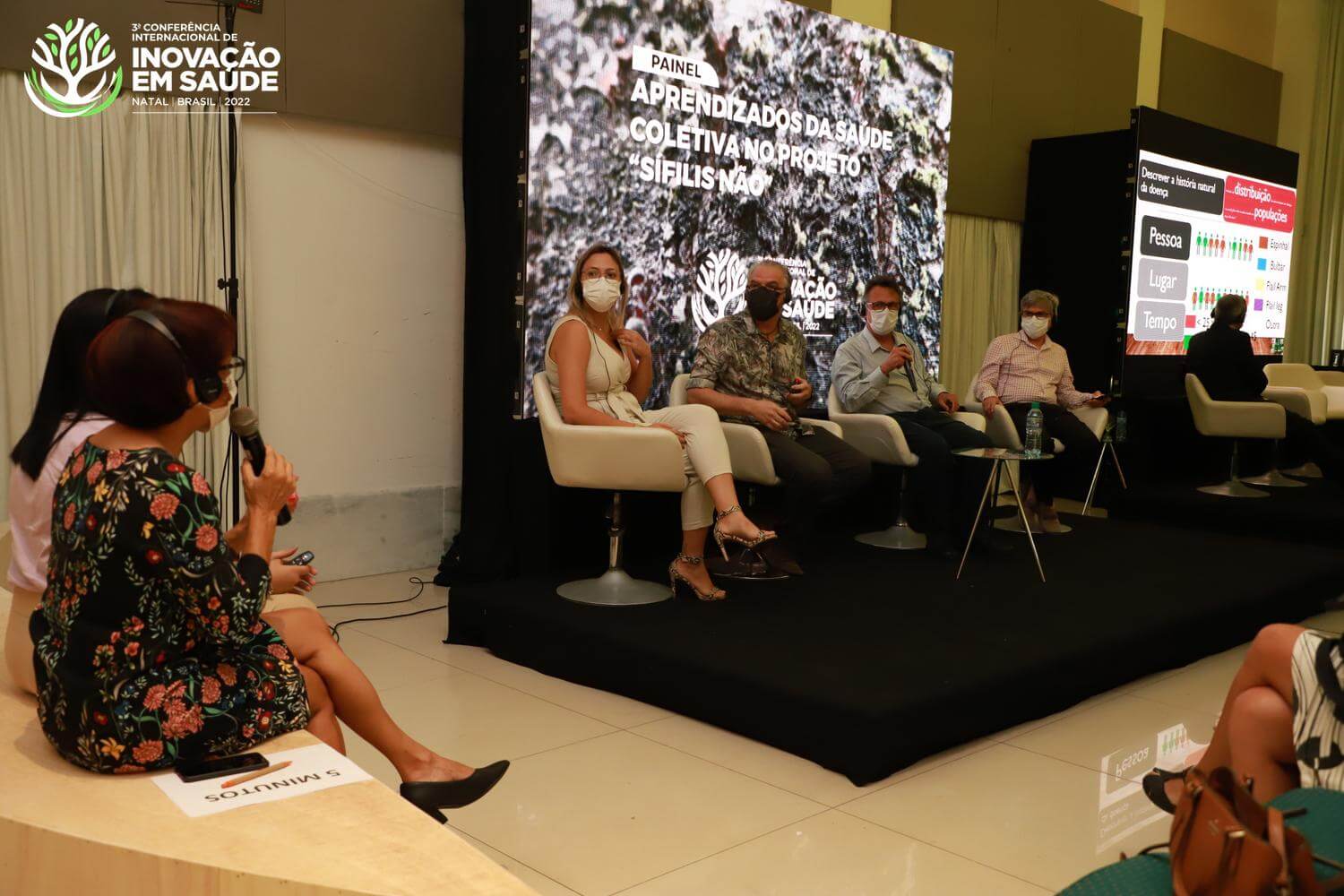 On Tuesday morning, one of the panels of the 3rd International Health Innovation Conference debated the experiences of the “Syphilis No” project among the supporters and researchers present at the meeting. Entitled Collective Health Learning from the “Syphilis No” Project, the panel, mediated by Marise Reis, professor of the Department of Infectious Diseases at the Federal University of Rio Grande do Norte (UFRN) and researcher at UFRN’s Center for Collective Health Studies, included speeches by the RN State Secretary of Public Health, physician Cipriano Maia, one of the project’s mentors.

According to Marise Reis, the panel fulfilled its role. The objective was to share experiences with the supporters of the “Syphilis No” project in the exchange of practices to fight syphilis in Brazil, because the disease today is considered an epidemic in its three forms of contagion: acquired syphilis, syphilis in pregnant women, and congenital syphilis. “The speeches were very significant, contributions that give the dimension of what the project is about. We dared to bring representatives from several municipalities, from every region of the country,” Marise highlighted. The researcher also talked about the participation of the RN State Secretary of Public Health, “it was very emblematic for us to see today the product that resulted from his efforts before becoming secretary. Another thing, he as a manager is invited to continue this fight, do his part, and take us along”, she concluded.

Cipriano Maia emphasized the importance of having professionals prepared to assist the population in a correct manner in primary care regarding syphilis, “the management in the application of penicillin is a barrier, because sometimes the professional is afraid of anaphylactic shock, and therefore does not apply the medication. We still need to treat the sexual partners of the patients that arrive at the units, so that the treatment is completed”, Maia declared. He also assumed the commitment, as a manager, to guide actions to fight syphilis in primary care, in order to have another perception about the disease in the state.

3RD CIIS
The 3rd CIIS is an event promoted by the Laboratory of Technological Innovation in Health at the Federal University of Rio Grande do Norte (LAIS/UFRN). The program continues until the 7th, at the Holiday Inn hotel, in Natal.